“I want to tell you about my experience with Dermaka Cream.

When I learned that the last part of my breast cancer treatment would be 25 radiation treatments, I went searching for some type of lotion or cream to protect my skin as much possible. I heard horror stories of very serious burns and scarring that can happen with radiation treatments which made me anxious. I was also told by the radiation oncologist that due to the chemo that I had just completed, I would complete about 10 radiation sessions and that I would, “light up like Christmas”, meaning my skin would be bright red from chemical burns.

I remember seeing posts on LinkedIn about Dermaka and messaged the company to see if Dermaka might be effective to prevent burning during radiation.

The Clinical Director, Peggy Bush, APRN, quickly replied and said that she thought it would in fact help, so I decided it would be the product I would use exclusively during my treatments.

As per doctor’s orders, I lathered on Dermaka right after each treatment and before bed like, “mayo on a ham sandwich”. Haha

When I applied Dermaka, I didn’t feel any stinging at all and there is no scent to cause irritation.

When I had my 10th treatment appointment with my radiation oncologist, he was very surprised that I had no color to my skin at all! No burns, no irritation.

When I had my 20th treatment appointment with my radiation oncologist, he told me that I must be Mediterranean because my skin still looked clear and only had some tanning on it.

I assured him that based on DNA tests, I was German and Irish.  I told him about Dermaka and he was pleased with the results.

My hair stylist contacted me about a month after my treatment, asking for the name of the cream I used during radiation because she had another client who was about to start radiation.

I gave her the information on Dermaka and she passed it along.

Last week I was at the salon and the woman who my stylist gave the Dermaka recommendation to, came in. My stylist connected the dots for us about our mutual breast cancer diagnosis.

This woman immediately thanked me for the recommendation of Dermaka. She said that she did not burn at all and that it meant so much to her! She is very sensitive to medications and was only able to take one chemo treatment due to major side effects.

I was so thrilled to hear that Dermaka worked for another person in the same way it worked for me!

So much so, that I am writing this testimonial in hopes that Dermaka can be known by more cancer centers and be recommended to help!” 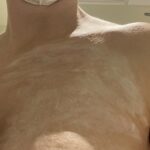 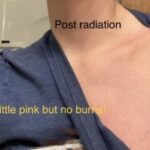